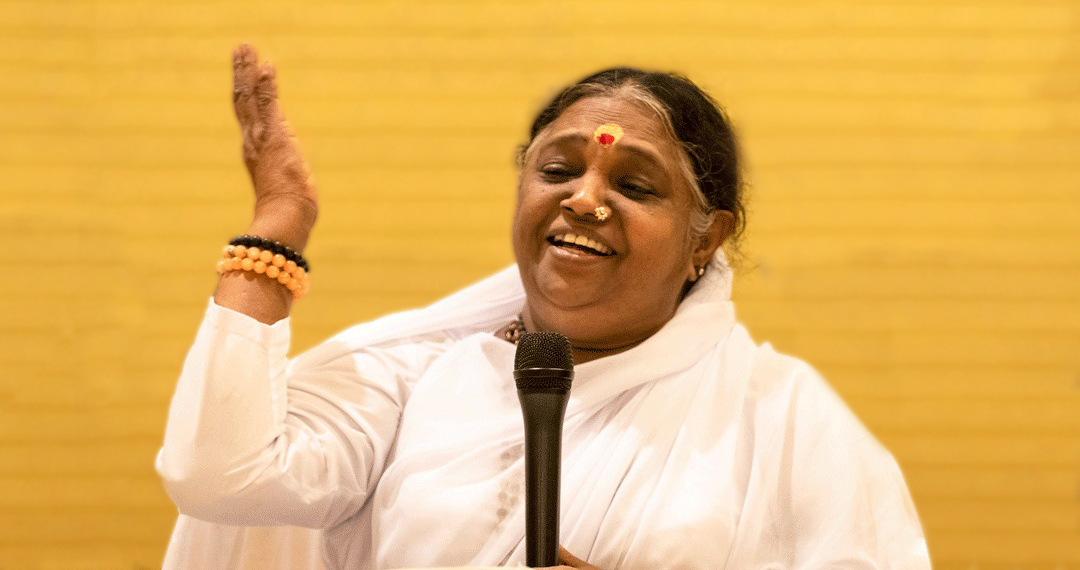 The entire life of Sri Mata Amritanandamayi Devi's (AMMA) has been dedicated to education. As a Jagad-guru—a world teacher—Mata Amritanandamayi’s every action and every word are for the education of humankind, providing spiritual wisdom and moral guidance. Her founding of the Amrita Vidyalayam School System in 1987 has been part of her mission to uplift the world, ensuring the availability of top-notch, value-based education throughout India. Today, there are more than 60 Amrita Vidyalayam schools throughout the country, with Mata Amritanandamayi serving as the guiding light of the teachers, faculty and students.

AMMA was born into a humble family of fishermen in 1953. Even as a little girl, she drew attention from other people in her village because she would spend hours at a time deeply immersed in meditation on the beach. She would also write bhajans and would walk around singing out with all her heart. Regardless the fact that she was still a little girl, the songs were profound, showing a deep spiritual understanding.

AMMA’s parents could not understand what they saw as “her strange ways” and tried to get her to act like other girls of her age, but AMMA understood her path and could not be changed.

AMMA’s mother fell sick when AMMA was just in the fourth standard, and AMMA was taken out of school in order to help with chores and to take care of her siblings. As part of her household duties, she would gather vegetable leftovers and other food scraps from neighbours in order to feed the family’s goats and cows. When she would go out to do this, AMMA came face to face with the squalor, sickness and loneliness that was the reality of, many of her neighbours. Feeling their pain as her own, AMMA would take food, small amounts of money, even jewellery and clothes from her home and give it to them in attempts to relieve their suffering. Her parents, who were by no means rich, reprimanded her for this. At times she was even beaten for such actions. But, regardless, AMMA continued.

AMMA said that it was at this time that she began to contemplate the nature of life and suffering. While, on one level, she understood that people suffer as repercussions for selfish actions they have performed in past lives, she also felt that it was her duty to try to help such people. In her own words, “If it is their karma to suffer, isn’t it my dharma to help them?”. It was in this way that Mata Amritanandamayi Devi’s spiritual mission began by taking care of those around her, bringing them food, clothing and medicine, drying the tears from their cheeks, holding them in a sweet embrace as they unburdened themselves of their problems and sitting daily for hours to receive thousands of people.

Today, more than 40 million people have sought out Amma’s darshan—as her embrace has come to be known as. It is from the inspiration and transformation people have gained from their experience with AMMA that institutions such as the Amrita Vidyalayam schools have arisen.